The Dozentenfoyer at the ETH Zurich is on the top floor of the University of Zurich tower, below the historic cupola of the main building protected as historical monument. The almost continually glazed hall along with the adjoining terrace offer room for some 160 guests inside and outside. From there, you have a marvelous view far beyond the city limits of the Lake of Zurich and the Limmattal region. As part of the renovation and redesign of the Dozentenfoyer by the architects Jasmin Grego and Stephanie Kühnle, the entire interior was redesigned. For visual and functional reasons, the architectural office opted for executing a double ceiling with the open-cell ceiling STAR 3® as visible lower ceiling. 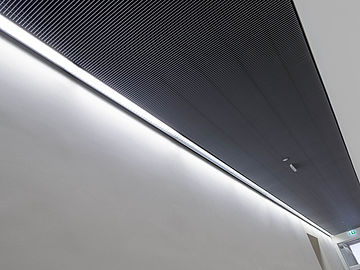 The open metal ceiling with clearly defined edges is presented in a unique way. STAR defines architectural features in any architecture. 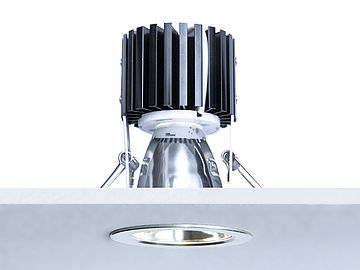 The PUNTEO-J85 can be used in a versatile range of ways. It also guarantees brilliant light quality as well as soft lighting transitions. This downlight is available with 18W or 25W. 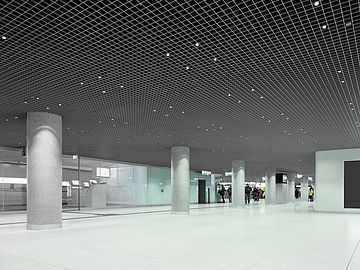 Spot lights can be integrated in ceilings or used as basic, wall, accent or facade lighting.